When Norfolk Geese Won the Challenge 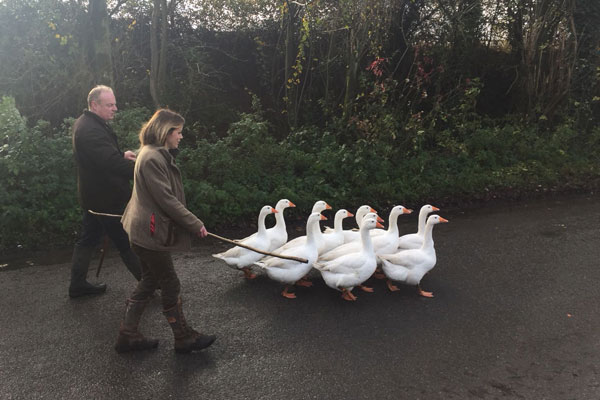 The village green at Banham, near Attleborough, became the scene for a recreation of the bygone days when thousands of birds were walked to London on foot so they arrived fresh for the capital’s poultry markets.

On 6 December 2017 Adam Henson of Countryfile challenged Ellie Harrison to a race with a difference, her flock of geese racing against his flock of turkeys.

The BBC crew visited goose producer Eddie Hegarty’s farm in Pulham Market and James Graham’s farm of Peele’s Norfolk Black Turkeys where they choose 12 birds from each flock to take up the challenge.

Adam and Ellie transported their geese and turkeys to Banham and stopped just short of the village and then drove their flocks by foot to the village green which was the finishing post.

Ellie and Eddie arrived quite a while before Adam appeared and so were declared the winners of the race.

The programme was aired on the Countryfile Christmas Special programme on 24th December 2017. 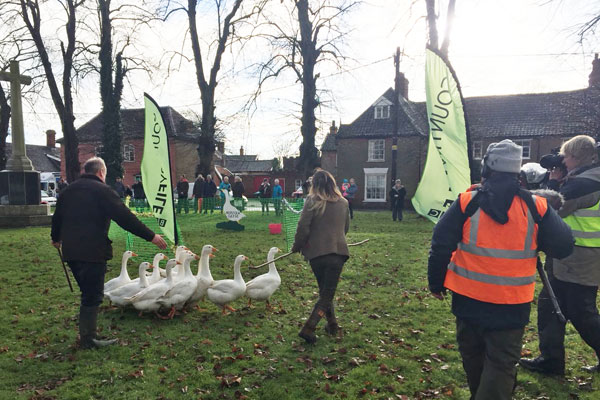 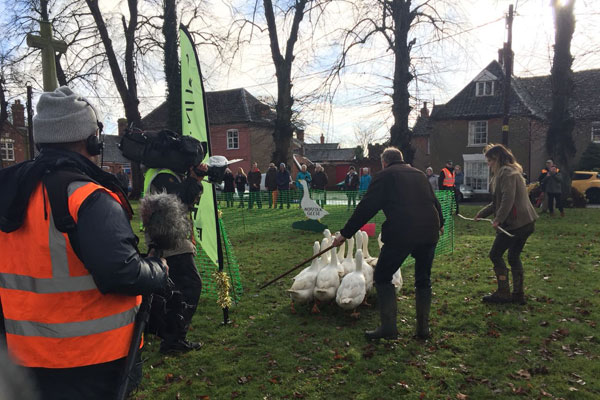 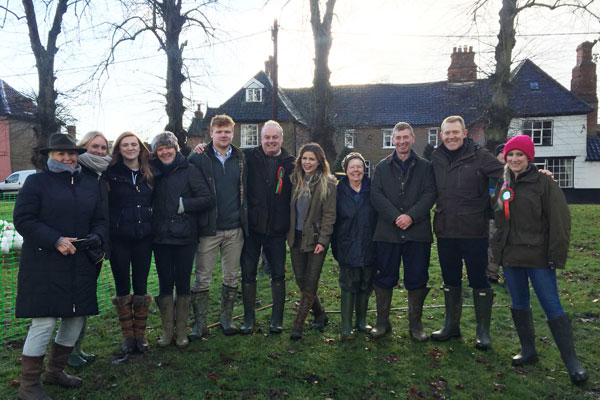